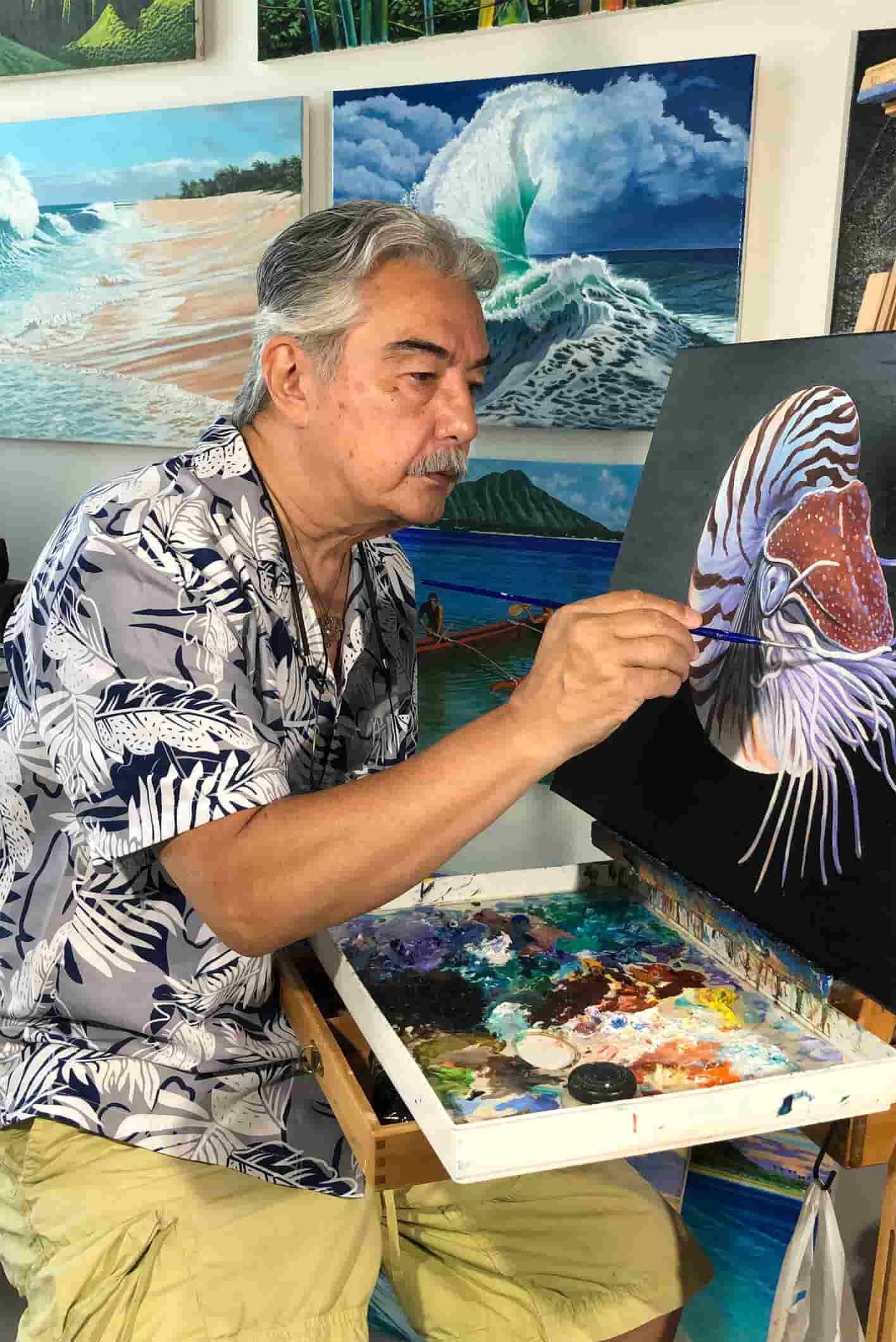 As a native New Yorker, Richard began painting at the age of 10.   He started studying classical drawing and painting at the Albert Pels School of Art in NYC.  At the age of 12, he won his first major 1st place award for his impressionist palette knife seascape.  After graduating from the prestigious High School of Art & Design with honors in 1966, Richard began working for a Madison Avenue design and art studio. In 1967 he traveled with his cousin, the international artist Oscar de Zalameda of the Philippines to Mexico to study painting. At the end of 1967 Richard was drafted into the US Army, where he served as communications specialist for the 3rd ID, NATO with a Top-Secret CRYPTO Clearance. While in the Army, he painted two murals. One was created at Fort Huachuca in Arizona and the other in Hindenburg Kaserne in Wurzburg, West Germany. After his separation from the Army in 1969, Richard began working for major corporations in the graphic arts and advertising industry. During his 10-year tenure at DLJ, a Wall Street firm, he held positions such as illustrator, designer, print buyer, studio manager and AVP.  Following his time on Wall Street, he served as creative director and producer for various ad agencies until his retirement in 2015.

Since his retirement, Richard has been pursuing his life-long passion for painting. Throughout his life and up to the present day, Richard has won awards for illustrations, graphic design, and his paintings. In 2019 Richard was fortunate enough to secure a loft in a new ArtSpace building called Ola Ka ‘Ilima in Kaka’ako, a vibrant new art and cultural district in Honolulu. This new artist community has provided the perfect live & workspace balance for Richard to continue pursuing his dedication to his artwork. Fueled by the beauty of the nature and culture of Hawaii, his inspiration is endless, and this is clearly evident in his current paintings.